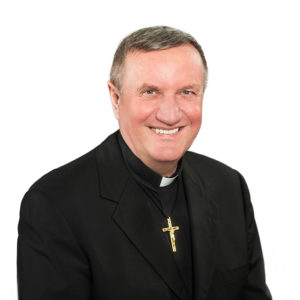 Fr. Janusz was born on July 16th, 1960 in Jedlanka in the Lublin Voivodeship. After completing his studies at the minor seminary he entered the Oblate novitiate at Holy Cross Mountain. The next stages of his priestly formation were philosophical and theological studies at the Major Theological Seminary in Obra as well as from 1986 at the Newman Theological College in Edmonton. His first place of pastoral ministry was at Holy Ghost parish in Winnipeg. There too he was ordained a priest on June 6th 1987 by bishop Adam Exner OMI. He has worked in many parishes across Canada. From 2005-2011 he served as provincial of the Assumption Province of Oblates of Mary Immaculate. Since fall of 2011 he is the pastor at St. Maximilian Kolbe Parish.