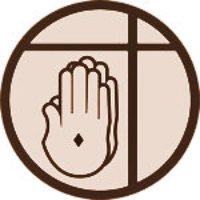 Confession can be made 30 minutes before each Mass

The sacrament of penance and reconciliation is a liturgical act by which the Christian, in the attitude of conversion, asks for God’s forgiveness and for reconciliation with the Church (CCC 1440). In Catholicism and in Orthodoxy, he relies on confession of sins by a faithful, called a penitent, a spiritual priest, called a confessor. According to the Catechism, because according to Judeo-Christian tradition, only God can forgive sins (compare Mk 2,7), the Church understands her task as participation in the mission of bringing forgiveness, which Christ, Son of God, Almighty God has won for humanity with his blood, by his passion and resurrection. Christ Himself forgave sins (see Mk 2, 5, Lk 7:48) and instructed the Church to do so in His name (see Jn 20: 21-23, KKK 1441).