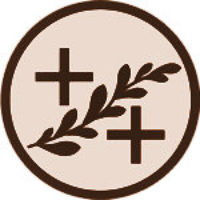 “Is anybody among you sick? Let him bring the priests of the Church to pray over him and anoint him with oil in the name of the Lord. And prayer full of faith will save the patient and the Lord will raise him up, and if he commits sins they will be forgiven him “(Jk 5,14-15)

“Throughout the holy sick, the anointing and prayer of the priests, the whole Church recommends that the sick and glorified Lord help them raise and save them (cf. James 5: 14-16), and encourage them to join freely with the passion and death of Christ they were good to the People of God “(KK 11, compare KKK 1499)

The Sacrament of the Anointing of the Sick has undergone various transformations over the centuries. They are also happening today in front of our eyes. One could even get the impression that the practice of this sacrament falls from the extreme to the extreme. Formerly the terms “last anointing”, “the sacrament of the dying”, suggest treating this sacrament as something final, preparing for the following death, a specific death sentence. That’s why they were afraid to call a priest too early so that this finality would not be called, “do not call a wolf out of the woods”. The priest was summoned only when no hope was seen for the patient. For a long time, it was the sacrament of the last moment of life, a kind of “card of introduction” to eternity.